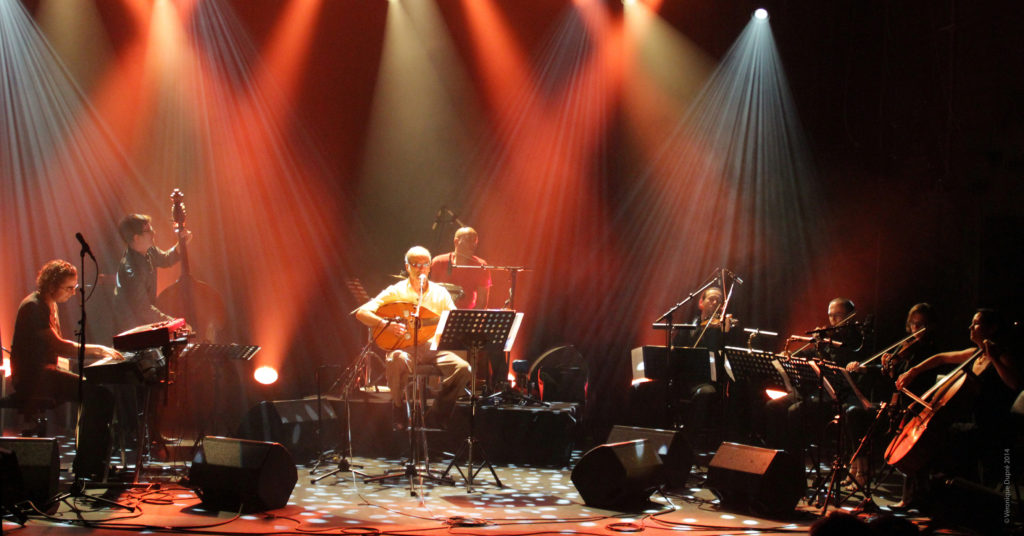 Koum Tara band is a meeting of four musical universe around the same project, created and managed by the pianist composer Karim Maurice : traditional music Châabi, classic string quartet, current music and jazz. The repertoire of Châabi Algerian singer Sid Ahmed Belksier was a true inspiration for this project.

Those musical themes have been worked, put out of shape, re-harmonized, restructured in order to build a crossroad of all cultures in a mixed show. Each musician gave his own identity and his specific skills for this project.

An authentic cultural trip offering unique combination of music and true fusion of styles thanks to the diversity of the band.

At a time when humanity, respect for cultures and tolerance appear to be necessary values in order to establish a better world, this show offers a musical universe where everybody can contribute to build his identity, his cultural heritage and his originality to share his love of singing the universal language of the world : music.